skip to main | skip to sidebar

2010 marks the Centenary year of Victoria Institution’s association with the Scout Movement. A full 100 years have passed since Mr. B. E. Shaw, the first and then Headmaster of VI informed the Boy Scouts HQ that VI had “started patrols of Boy Scouts in connection with this school”. Since then, countless generations of VI boys have proudly put on the uniforms prevailing of their day that identified them as Scouts and spent their boyhood years happily doing the things Scouts do.

100 years is by most accounts an important milestone and an event worthy of a celebration befitting its significance – so too is the VI Scouting Centenary Year. Not one, but three main events have been planned in association with celebrating 100 years of Scouting in VI.

This Dinner and Gang Show is the main event and highlight of the Centenary Celebrations, and will provide the opportunity for Scouts, young and old, from the past to the present, to come together and celebrate their shared heritage in VI Scouting,to renew old friendships and make new ones and to relive and reminisce on the fun and camaraderie of various Scouting activities. The current batch of boys will be putting up a Gang Show to entertain their seniors but in the true spirit of Scouting, there will be ample opportunity for impromptu singalongs,cheers and yells and even performances from those so inclined. Scouts through various generations are encouraged to demonstrate their versions of various traditions to Scouts of other generations. This will be an event by VI Scouts,for VI Scouts (and their friends of course!).

The dinner is open to all VI Scouts – both present as well as Alumni, their families and friends. Bring your kids, your spouse and your friends to show them what VI Scouts is all about. Dinner is priced at RM150 per head (RM1500 per tableof 10). Please contact the Dinner Organizers below for more information:

Individuals who want to attend but cannot form a table can also contact the organizers for assistance to find a table.

The Centenary Campfire is held in conjunction with the traditional Annual Parent’s Campfire – which in itself, is one of the highlight events of the Scouting year – but now planned to be bigger and grander to mark the Centenary year. The two VI troops, 1stand 2nd KL have put aside their traditional rivalry to join forces to organize this Campfire, which serves to showcase the various activities of VI Scouts to their parents as well as to Scout Troops and Girl Guide Companies from other schools. All VI Scout alumni are invited.

The Scout Den has always been the pride and place of VI Scouts, where the Scouts kept their equipment, their treasures and where Scout leaders planned programmes and activities. Through the years, the “Den” has taken on many shapes, from unused classrooms, to temporary use of the school Jaga’s shack and finally, after many years of fund-raising and effort, the realization of the long awaited wish of a purpose built building in the 1970’s. Since then the Scout Den has been the centre of Scouting Excellence for VI Scouts, but sadly, the Den was destroyed by fire in 2007.

This 3rdaspect of the Centenary Celebrations is to raise funds to build a new Scout Denfor the VI Scouts. It is estimated that the rebuilding costs will be approximately RM150,000. Funds are currently being raised through several avenues:-

Donations or pledges from Scouts and VI Alumni, Corporations and interested public. 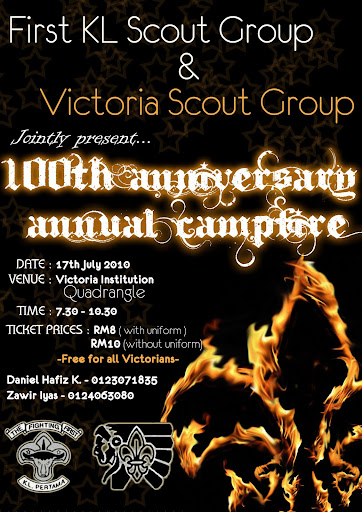 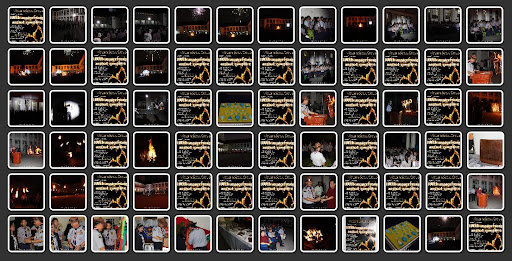 Information on types of tables

View all
Get your own